My care package to myself sending it to moms in Puerto Rico. That way I can go and have some me time in one of Gods greatest creation, The Atlantic Ocean. We have to take care of ourselves so we can continue helping others. #usa #military #veterans #navy #army #airforce #usmc

Let’s get together and bring the community closer.

This problem of #veterans #suicide and unappropriated #mentalheath service is happening in #England. Price Harry’s friend took his own life after serving his country.

Would you help me #prevent #suicide? Do you know that 22 #veterans #military are committing #suicide a day, along with other #civilians? No Warriors Left Behind app could save a life. #PTSD #army #navy Download today! #Free #USA

Like Loading...
For patients with PTSD to derive the greatest benefit
from available evidence-based psychotherapies and
psychiatric medications they must be able to fully
engage in their treatment. However, a wealth of
published data demonstrates that a majority of service
members and Veterans with PTSD are not successful
in doing so (e.g., Hoge et al., 2014; Spoont, Murdoch,
Hodges, & Nugent, 2010). Patient engagement in
mental health services has received relatively little
attention as compared to the substantial consideration
given to patient engagement in the design and
delivery of patient-centered physical health care
(Carman et al., 2013). Below, we provide a selective
review of the available literature in an attempt to
describe factors that make patients more likely to
engage in PTSD treatment and identify interventions
that may improve patient engagement in PTSD
treatment, with a focus on evidence-based treatments.
Following Gruman et al.’s (2010) conceptualization,
we define patient engagement as the behaviors
required to achieve optimal benefit from health care.
The review focuses on the three aspects of
engagement most often examined in the PTSD
literature: treatment initiation (utilizing care; starting
treatment), retention (completing the intended
course of treatment), and adherence (performing
behaviors in the treatment plan). The scope of the
review is adult patients’ engagement in PTSD
treatment; however, due to limited data regarding
civilians’ engagement, a majority of the studies
reviewed focus on active duty and Veteran populations.
Following the review, we evaluate this literature
within a patient engagement conceptual framework
and suggest future research directions.
Factors Associated with Engagement
Demographic factors such as age, gender, race, and
ethnicity have been the most frequently studied and
are among the few variables that have consistently
demonstrated significant associations with treatment
initiation and retention across studies. Patient
age has r
epeatedly been found to predict initiation
and retention in general mental health treatment,
psychotherapy, and evidence-based psychotherapy
(EBP) in that younger patients are less likely to
initiate and be retained in treatment (Goetter et al.,
2015; Kehle-Forbes, Meis, Spoont, & Polusny, 2016;
Spoont et al., 2014). Patient race has also been
shown to be associated with treatment initiation and
retention, although not as consistently as age
(Goetter et al., 2015; Spoont, Hodges, Murdoch, &
Nugent, 2009; Spoont et al., 2015). For example,
African American and Latino Veterans were found
to be less likely than white Veterans to receive
a minimally adequate trial of treatment (both
psychotherapy and pharmacotherapy for African
American Veterans; pharmacotherapy only for Latino
Veterans) within six months of PTSD diagnosis
(Spoont et al., 2015). Negative attitudes towards
psychotherapy and pharmacotherapy (e.g., believing
that treatment wouldn’t be helpful) accounted for
the disparity in Latino Veterans’ retention, but the
disparities in African American Veterans’ retention
remained after accounting for treatment-related
beliefs (Spoont et al., 2015). Findings regarding
the associations between engagement and other
demographic variables such as Veterans’ service
connection status, marital status, and employment
have been equivocal (Goetter et al., 2015; Mott,
Mondragon, et al., 2014; Grubbs et al., 2015).
Potentially modifiable factors underlying differences
in engagement between demographic groups should
be the focus of future research.
Pretreatment symptomology and patients’ social
environments are two nondemographic factors that
have been subject to considerable study. Research
regarding the impact of PTSD severity on initiation
and retention has yielded inconsistent results, with
some studies showing that higher total levels of
If you want to read the entire article click on the fallowing link; Patient Engagement in PTSD Treatment 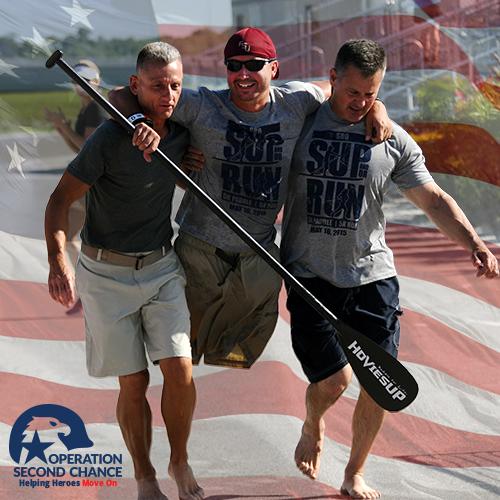 Mission: We are patriotic citizens committed to serving our wounded, injured and ill combat veterans. We support Veterans and their families by building relationships and identifying and supporting immediate needs and interests. We are dedicated to promoting public awareness of the many sacrifices made by our Armed Forces.

Target demographics: wounded, injured, and ill veterans and their families

Programs: Morale, welfare, and recreation expenses to improve the morale of wounded soldiers. Activities include meals, cookouts, and trips to the movies for the soldiers.

This is a text widget. The Text Widget allows you to add text or HTML to your sidebar. You can use a text widget to display text, links, images, HTML, or a combination of these. Edit them in the Widget section of the Customizer.